The Government of India has come out in full support for setting up of budget hotels apart from the other segments of the hospitality industry. Some of the forward looking steps taken by the Government to promote hospitality industry includes:
1. In order to facilitate the clearances required by hotel projects in a time bound manner and also provide policy advice for development of hospitality sector, the Union Government has approved the constitution of a ‘Hospitality Development and Promotion Board’ (HDPB). The States/Union Territory Administrations have been advised to set up similar Boards if the same does not exist in their respective States/Union Territories.
2. To encourage the growth of hotels, on the request of Ministry of Tourism, a Five Year Tax Holiday was announced in the Budget of 2008-09 for two, three & four star hotels that are established in specifi ed districts which have UNESCO declared ‘World Heritage Sites’ except the revenue districts of Mumbai and Delhi. The hotel should be constructed and start functioning during the period April 1, 2008 to March 31, 2013.
3. The Govt. has recently announced the extension of Investment Linked Tax incentive under Section 35 AD of the Income Tax Act to new hotels of 2-Star category and above anywhere in India, which will facilitate the growth of Accommodation in the country.
4. The Reserve Bank of India (RBI) has also issued revised Guidelines on Classifi cation of exposures as Commercial Real Estate (CRE) Exposures. Thus, RBI has classifi ed exposures to hotels outside the CRE Exposure. 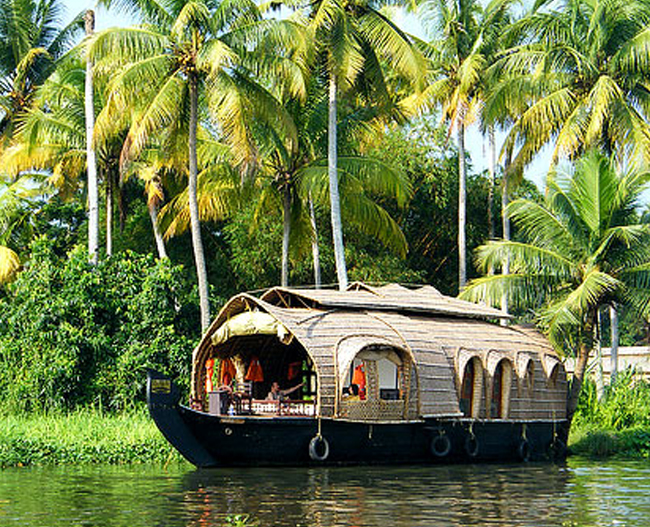 The state of Indian economy is much better compared to other countries of the world. The Gross Domestic Product improved to 8.5 per cent in 2010-11 from 8 per cent in 2009-10 due to better farm output and construction activities and fi nancial services performance. The growth offered is immense in many of the sectors, companies from all over the world are making a bee line to set up shop in India. With the expansion of growth avenues, people from different parts of the world are landing here to explore the business and travel opportunities. Foreign tourist visits to the country registered an impressive growth of 24.2% in the year 2010. Similarly domestic tourist visits also showed a growth of 10.7 % last year. The number of domestic tourist visits to the States/ UTs during the year 2010 was 740 million as compared to 669 million in 2009 and 563 million in 2008. Due to more infl ux of people the prospects of the Tourism and Hospitality industry is growing manifold.

The Ministry of Tourism(MOT) has made consistent efforts to develop quality tourism infrastructure at tourist destinations and circuits and has identifi ed 38 mega tourism projects, out of which 26 have been sanctioned till 4th February, 2011. The efforts for revving up the existing tourist spots and identifying the newer ones needs a big push from the government. The current efforts are falling short compared to the country’s potential in this regard.

The Ministry of Tourism (MOT), Government of India, as part of its publicity, promotional and marketing activities, releases print, electronic, online and outdoor media campaigns in the international markets, under the Incredible India brandline, to showcase India’s tourism potential and to increase inbound tourism to the country. Development and promotion of tourism including the identifi cation of new tourism destinations and setting up of Mega Tourism Parks for holding the tourists for a longer period as well as adopting public – private partnership model for their development are primarily the responsibility of the State Governments/Union Territories (U.T) Administrations. MOT has appointed a National Level Consultant (NLC) to develop action plans for setting up of Tourism Parks including their locations and integrated development of tourist destinations/circuits in consultation with States/UTs.

The Tourism ministry is leaving no stone unturned and has kicked off number of road shows abroad to promote medical/health tourism in India which is estimated to grow at a rate of 35 per cent. Due to low cost and advanced medical services available in India, more and more people from abroad are coming to India. It is estimated that 63,000 foreign tourists have arrived from US, Denmark, Turkey, Iran, Afghanistan and Pakistan for dental and other surgeries, knee transplants and even cosmetic surgery.

The Ministry of Tourism has so far sanctioned 169 rural tourism sites in 28 states/Union Territories. The scheme of rural tourism was started by the Ministry in 2002-03 with the objective of showcasing rural life, art, culture and heritage at rural locations and in villages, which have core competence in art and craft, handloom, and textiles as also an asset base in the natural environment. The intention is to benefi t the local community economically and socially as well as enable interaction between tourists and local population for a mutually enriching experience. The promotion of village tourism is also aimed at generating revenue for the rural communities through tourist visitations.

As the number of hotels in all the categories including fi vestar, four-star, three-star and limited service hotels are not adequate in India. The Indian market has got lot of potential in all segments of the hospitality sector. The metro cities are the hot favourites as such for the hospitality majors, but now even Tier-I, II and III cities are picking up and cities like Gurgaon, Ludhiana, Lucknow, Chandigarh, Guwahati, Bhubaneswar, Jaipur, Ahmedabad, Surat, Nagpur, Indore, Goa, Vishakapatnam, Mysore, Coimbatore and Kochi are offering more opportunities for the Tourism and Hospitality sector to set up facilities. The Tier-II and III cities are expected to drive growth and investment in India after the metros. Huge unexplored potential exists in these areas.

The middle income groups are the dominant segment as of now in the Indian market. Hospitality industry has identifi ed the growth potential of this segment and is fast moving towards setting up of budget hotels instead of just setting up more of luxury hotels. Samhi Hotels Pvt Ltd is planning to raise more than US$100 million for setting up hotels in India mainly in the mid-market segment. Hotel Leelaventure Ltd is planning to launch its mid-market property by the end of fi nancial year. InterContinental Hotel Group has collaborated with Duet India Hotels Group, to develop and manage its budget hotel Holiday Inn Express in the Indian market. Hotel Marriott International Inc. has also signed an agreement with Samhi Hotels, New-Delhi based company, to launch a mid-market brand Fairfi eld by Marriott. The capex for mid-market properties is less compared to setting up luxury hotels and this segment offers huge opportunities for growth.

The Ministry of Tourism has been releasing ‘Atithidevo bhava’ – Social Awareness Campaigns to sensitize various stakeholders in the tourism industry and the general public, inter alia, about their conduct and attitude towards tourists as well as issues relating to hygiene and cleanliness and to reinforce the spirit of ‘Atithidevo bhava’. To ensure safety and security of tourists, Ministry of Tourism has advised all the State Governments/Union Territory Administrations to deploy Tourist Police in the States/Union Territories. Some of the State Governments have deployed tourist police in one form or the other. In order to meet the huge skill gap in the hospitality industry, the Ministry has adopted a multipronged strategy which includes strengthening and expanding the institutional infrastructure for training and education. For this purpose, Ministry of Tourism has decided to support creation of new Institutes of Hotel Management (IHM) and Food Craft Institutes (FCI) in States besides providing fi nancial assistances for modernization and capacity enhancement of existing IHMs and FCIs. Under its ‘Hunar Se Rozgar Tak’ training programme for creating employable skills in the hospitality sector, the ministry has trained 4960 youth by 31st December, 2010 against the target of 5500 for 2010-11.

The WTO (World Travel Organization) predicts that India will receive 25 million tourists by year 2015. Global hospitality majors are positive about the Indian Hospitality sector growth. As per recent news reports, Starwood Hotels & Resorts Worldwide has said that it expects India to become its third biggest market by 2015 as the expansion is happening faster than planned earlier. They are targeting to set up 100 hotels in India by 2015. The general outlook for the hotel sector is stable and consistent. As per FHRAI, the country currently has over 200,000 hotel rooms spread across hotel categories and guest-houses and is still facing a shortfall of over 100,000 rooms. According to industry sources, India will add more than one lakh hotel guest rooms to its inventory over the next fi ve years. A CII-McKinsey report projects that earnings through medical tourism would go up to $2 billion by 2012. Apart from tapping traditional tourism avenues. New areas such as Rural tourism, Eco tourism, Medical tourism, Adventure tourism, Cruise and Heliport tourism are identifi ed for future growth.